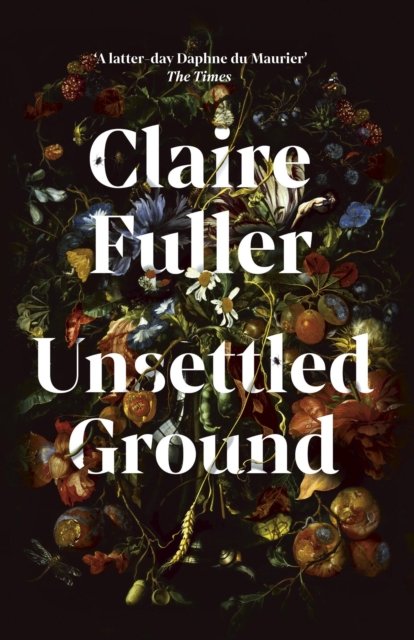 It took me a little while to get fully drawn into this melancholic tale of secrets, poverty, longing, and dependency, but once it had me in its grip, I found it surprisingly moving. We follow adult twins, Jeanie and Julius, who have lived their entire lives with their mother, Dot. Following her abrupt death, the two must attempt to navigate their grief, while tentatively taking their first true steps towards independence at the age of 51. This is further complicated by a series of revelations regarding their mother’s past and the true state of the family’s financial situation.

The novel has such interesting things to say about familial connection, exploring what can happen when attempts to shield someone edge into cruelty; establishing an over-dependence in others that ultimately causes more harm than good. This is true for Dot and her children, but also between the twins themselves, to an extent. Indeed, there is real poignancy in the dynamic between the two; each being the other’s greatest obstacle to freedom and their greatest source of comfort.

The book is also chiefly concerned with class and poverty. It is desperately sad to watch as events increasingly spiral out of the twins’ control, as they become trapped in a cycle of bad luck and exploitation. There’s a particularly well-handled focus on the way older generations often find it difficult to admit to their struggles and ask for help, ruled by stubborn pride and fear of judgement. This notion is furthered by the book’s tone and setting, with Fuller capturing the time-capsule-like quality of rural villages that seem to lag behind in certain ways. In fact, the book often feels like historical fiction (deliberately so); the jolt of contemporary references emphasizing just how ill-equipped Jeanie and Julius are to deal with the practicalities and social norms of the modern world.

That said, for all the things they lack, the two have an endearing tenacity and resourcefulness that make them easy to root for. Without being too heavy-handed with it, Fuller shows that intelligence and skill can manifest in different ways (like their musical flair, and Jeanie’s passion for gardening). With academic, professional, and financial attainment always given credence, people with more creative or physical prowess often go undervalued, cruelly made to believe they are stupid.

A sense of intrigue hangs over the narrative, and while there are some subtle mystery elements, these never feel like the focus. On the contrary, most revelations can likely be puzzled out well in advance, but this felt deliberate to me; the reader able to see the truths that Jeanie in particular is blind to, both wilfully and otherwise.

The conclusion itself is very bittersweet. Furthering the book’s look at longing, connection, truth, and reliance, the tragic yet understated outcome has a clever full-circle quality that means it’s in-keeping with Fuller’s commentary on the trappings of life on the fringes. Offering closure without feeling the need to wrap everything up too neatly, I appreciate the ending’s much-needed dose of hope.

I said in a chat with some bookish friends recently that Fuller has always felt to me like an author who has an amazing book in her, even if she hasn’t quite managed to get it down on paper yet. While this may not be said masterpiece, it is certainly a solid offering that has much to offer on both a narrative and thematic level.