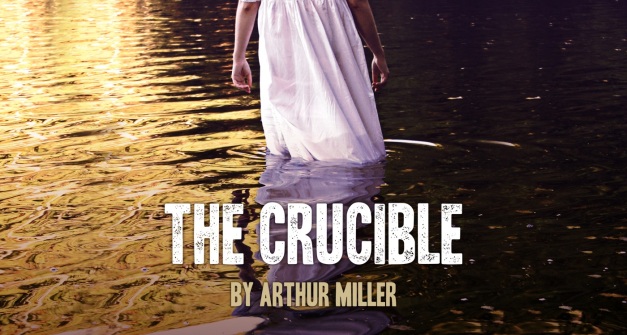 If there’s a play that manages to transcend time and repeatedly find new forms of resonance, it’s surely The Crucible. Inspired by the events of the Salem witch trials of the 1690s, in which a culture of fear, mistrust, and othering led to false accusations of witchcraft, it was written to serve as allegory for McCarthyism, under which the US government of the 1950s persecuted those suspected of being communists without relevant evidence. Today, in the era of Fake News, rising nationalism, and pushback against the #MeToo movement, the play’s themes of accusation, truth, justice, and power strike a chord yet again.

For those unfamiliar with the setup, the strange and unruly behaviour of a group of young girls draws the attention of their Puritan neighbours. Accused of witchcraft and facing persecution, the girls claim to be under the influence of The Devil, pointing the finger at various members of the community they say are possessed. As accusations run rife, buried secrets rise to the fore, the girls become ensnared ever deeper in their own lies, and those falsely accused face an impossible decision: Invite the death penalty by maintaining their innocence, or condemn their families to a life in exile by admitting to a crime they didn’t commit.

The ensemble cast all gave great performances, but the real standouts were Barbara Hockaday and Claire Dargo as Mary and Elizabeth respectively. Elizabeth’s calm yet passionate commitment to the truth when she herself falls under suspicion, and Mary’s mental disintegration as she crumbles under the weight of her lies were portrayed with real punch.

Though this was a largely faithful adaptation of Miller’s original script, a few stylistic choices really enhanced its impact. The set design included a dominating partial replica of a well-known bridge found not far from the theatre. This disconcertingly familiar sight from the local area somehow served to make the story feel closer to home. Whilst still set in Salem, the actors deliberately spoke in a broad range of accents from across the UK. This was done to once again ground the story in something more familiar, but also to reflect the melting pot of different cultures and backgrounds that make a community, enhancing the theme of othering and mistrust. On top of this, the chief judge of the court, Danforth, was played by a woman. Though historically inaccurate, the gender swap instantly casts a fascinating new perspective on the story, by shifting the power dynamic. Here we have women accusing women, presided over by an all-powerful woman. The story and dialogue may have remained the same, but it’s amazing how profoundly such a small change can alter the implications of the narrative and its take on the notion of sisterhood.

Masterfully plotted and powerfully delivered, it’s easy to see why The Crucible has become a classic of the theatre. By exploring the most selfish and selfless reasons people lie, it shows us that, whilst telling the truth in the face of hardship is rarely the easiest option, it’s almost always the right one.