Wonderstruck by Brian Selznick
Published by Scholastic, 2011
My rating: ⭐ ⭐ ⭐ ⭐ 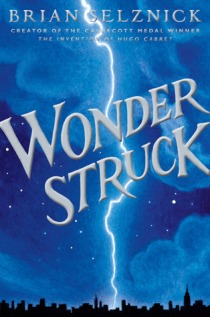 With Wonderstruck, Brian Selznick has created something that feels quite special. The story is split into two narratives which run simultaneously. The first is set in 1927 and follows Rose, a deaf girl who is disappointed to learn that her local theatre is to scrap the silent films she loves in favour of ‘talkies’, which she won’t be able to enjoy alongside everyone else. With her favourite actress set to appear on stage in New York, she runs away from home to try and meet her face-to-face. The second is set 50 years later, and follows Ben, a young boy whose mother has just died. When he finds clues about the father he has never known amongst his mother’s things, he too sets off for New York to try and find him.

Though both children are in search of a sense of belonging, it soon becomes clear that there is more than thematic relevance linking the two stories. I loved that they ran parallel to each other, shifting back and forth on-the-fly, rather than alternating chapter-to-chapter. It allowed the ever-increasing narrative connections to really shine, the two initially disparate tales weaving ever closer together.

Stylistically, it is also incredibly clever. Whilst Ben’s half of the story is told through conventional text, Rose’s half is told solely through illustration. Not only does Selznick’s beautiful black-and-white art style mirror the mood of the silent films his heroine adores, but it does so well to reflect the way Rose sees the world as a deaf person, relying on visual cues alone. It’s a simple yet ingenious way to sensitively represent disability in fiction. 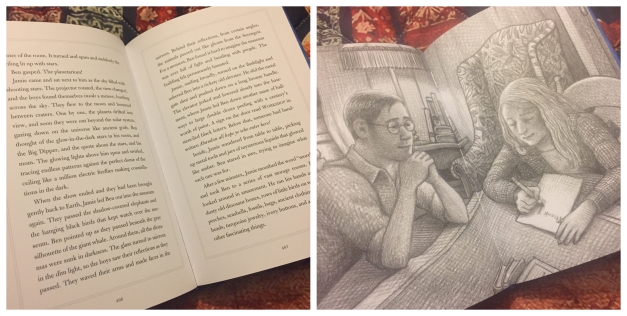 An idea of the contrasting narrative styles.

There were aspects of the story itself which I certainly enjoyed (one in particular that I thought was very well executed – no spoilers though, of course), but I will say, it was never the main draw for me. I felt that Selznick didn’t quite capitalise on the full potential of the excellent setup, and there was a moment towards the end when things became a little info-dumpy. This was a shame given how subtly everything had previously been building towards the emotional climax. Whilst poignant and charming, it wasn’t the gut-punch payoff I had been hoping for.

That said, the uniqueness of the structure and style, and the immersive beauty of the book’s visuals made this a highly original and very memorable reading experience that I thoroughly enjoyed.

If you’ve read Wonderstruck, I’d love to hear your thoughts! If you’d like to pick up a copy, just click the link above.