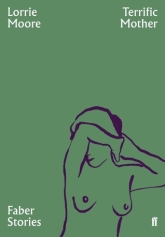 There are huge emotional stakes in the setup, as we purportedly follow a woman’s attempts to re-assimilate into society following the accidental killing of her friend’s baby. Despite this, Moore makes a deliberate – though odd – choice to effectively gloss over the central incident and its immediate fallout, making it hard to connect. Though I liked what the book seemed to be trying to say about grief and self-forgiveness, it was all so cold, vague, and surface level that it felt unearned. 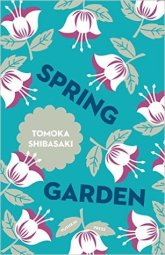 Another example of a book I liked more in concept than in execution, this follows the final few residents of an apartment block marked for demolition. They form an unlikely bond over their shared fascination with the neighbouring “sky-blue” house, which was once the subject of a photography book, and determine to befriend the new owners so they can see it from the inside for themselves.

This has several of the qualities increasingly associated with contemporary Japanese fiction, in that it’s simply written, subtly quirky, and not much really happens. While in some instances, the themes and atmosphere are enough to sustain interest, here I found it all too aimless, unfortunately. The stakes were simply too low and the pace too meandering to feel any kind of investment. While I like the idea of a book that comments on loneliness and nostalgia against the backdrop of a rapidly modernizing city, I found this particular offering anaemic and forgettable.

Gorman’s charisma, eloquence, and performance skill clearly enhanced the impact of this poem when she recited it at the Presidential inauguration. That said, it was still a pleasure to revisit it on the page; its resonance heightened by the deceptive simplicity of its craft. I’m excited to see what she can offer with a full collection.