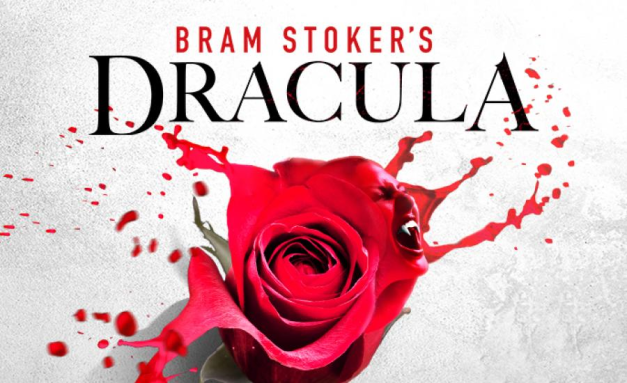 The gorgeous King’s Theatre played host to a new take on Bram Stoker’s classic tale of horror, produced by a team from Broadway and London’s West End. The calibre of the creative team behind the adaptation certainly showed in the quality of the production. Brilliantly convincing practical illusions and special effects helped to convey the otherworldliness of the eponymous Count, whilst clever use of set, sound and lighting design delivered some genuine scares (there were shrieks and nervous giggles aplenty from the audience).

Writer Jenny King’s interpretation of the original text was faithful at large, hitting most of the major plot points, but I must concede that some of the subtext and subtlety were lost in the translation to the stage; the queer coding and reversal of gender expectations much less apparent. Ironically, given how well I thought they handled the visual aspect of the play (it really is a visceral production), some of the most striking and memorable moments from the book were left out (that is the curse we bookworms must often bear). I understand that certain cuts are necessary for the sake of time, pacing, and practicality on stage, but any short-fallings in comparison to the text were always going to be more apparent given how recently I read and loved it.

Though it was generally tense and atmospheric in tone, and captivating from a sensory perspective, it did play a little with the audience’s assumed knowledge of the titular character, allowing for moments of tongue-in-cheek humour. This was fun, and necessary to break the tension, perhaps, but it did lend some of the lines a slightly hammy feel.

The stand-out performance was definitely that of Cheryl Campbell. Her Lady Renfield (a gender swapped version of the book’s asylum inmate) was delightfully eccentric and enigmatic. Whilst some of the others did slip into brief bouts of the aforementioned hamminess at times, all did a fine job. It really was an ensemble piece, and I appreciated the way they managed to reflect the book’s multiple perspectives, even finding a way to give a nod to its epistolary style.

It may have been an imperfect production, but it was an enjoyable, immersive, and unique viewing experience that captured the enigma of a timeless villain, and the corrupt and uncomfortable sensuality of vampirism. A fine way to round off the Halloween season.