Book to Film | Ordeal by Innocence 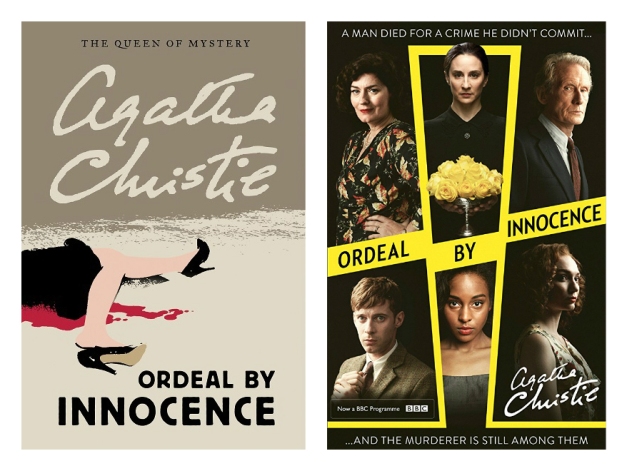 Okay, this adaptation isn’t technically a film, it’s a three-part BBC mini-series. BUT, it has pretty lavish production values, and I binge watched it, which gave it the feel of a film. So, I’m going to bend the rules slightly so I can talk about it here.

I was instantly drawn in by the stylish design and direction, which were very successful in capturing the moody tone of intrigue, and the idea of something sinister lurking beneath the surface, that pervade much of Christie’s work.

I thought it was well acted by all, and the implementation of flashbacks did well to deliberately confuse. It reflected the complexity of the family dynamic, and the disorientating feeling of not knowing who you can trust. As such, it confuses in a way that gets its hooks into you, making you all the more determined to see how everything plays out, and how the pieces of the puzzle fit together. This makes the final reveals all the more satisfying.

Speaking of reveals, however, it’s certainly not an entirely faithful adaptation, and Christie purists may be disgruntled to learn that the identity of whodunnit has been changed. I’m still not entirely sure how I feel about this decision. In some respects, it seems odd, as whodunnit is kind of the whole point of stories in this genre. But in other ways, I felt some changes to the narrative, particularly the climax and conclusion, worked better in a visual context, and it did make me admire the production team for their boldness. They did, indeed, play off reader expectations in clever ways throughout, striking an interesting balance between familiarity and surprises; just when you think you know where something is going, they catch you off guard. It can be argued that it’s a valid way of putting a fresh spin on a classic story, whilst still honouring the source material’s concept and tone.

All-in-all, I think it’s well worth checking out if you’re a Christie fan; albeit with the prior knowledge that things won’t necessarily play out as you’d expect. Think of it like an homage, more than an adaptation, and you may well get drawn in.

16 comments on “Book to Film | Ordeal by Innocence”