I fancied doing a book tag, and have seen this one floating around on and off for a while, so let’s just jump right in, shall we?

Recently Watched: The book you most recently read

The Power by Naomi Alderman (spoiler: I was disappointed).

Top Picks: A book recommended to you based on another book you’ve read

Rachel recommended A Pale View of Hills by Kazuo Ishiguro after I read Never Let Me Go and wasn’t sure where to go next with his books. Both are great; his work is so quietly affecting.

Recently Added: The book you most recently bought

Our Numbered Days, a poetry collection by Neil Hilborn. I haven’t been reading as much poetry lately as I usually would, and this is a collection I’ve had my eye on for a while.

Popular on Netflix: Books that everyone knows about (2 you’ve read and 2 you have no interest in reading)

Books that everyone knows about instantly calls to mind classics, so with that said: Two I’ve read (and very much enjoyed) are Murder on the Orient Express by Agatha Christie and The War of the Worlds by H.G. Wells, whilst two I have no interest in reading are War and Peace by Leo Tolstoy and Moby-Dick by Herman Melville – I just couldn’t put myself through books that long when I’ve heard so consistently how dull they both are.

I’m a big Carrie Fisher fan, and the anecdotes in her memoir, Wishful Drinking, crackle with her amazing wit and warmth.

Dramas: A character that is a total drama king or queen

Her by Harriet Lane is, to put it bluntly, one of the worst thrillers I’ve ever read, largely because it wasn’t remotely thrilling. What’s more, when the motivation behind our villain’s actions was finally revealed, it exposed her as quite possibly the most ridiculous and petty character of all time. To say she over-reacted to things is an understatement.

Cartoons: a book with cartoons on the cover 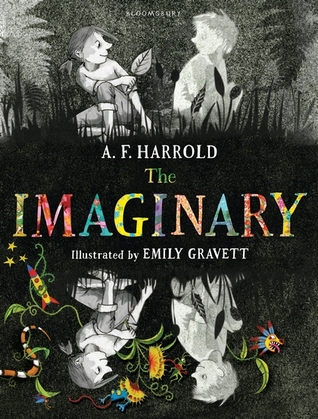 The Imaginary by A.F. Harrold is a middle grade novel with a fantastic concept, focusing on the idea of a villain who hunts children’s imaginary friends. The cover, and the images inside, were illustrated by Emily Gravett.

Watch again: a book or series you want to read again

Harry Potter goes without saying. I really want to re-read the Chaos Walking trilogy by Patrick Ness. I loved them first-time round, but my tastes have changed so much over the years that I’m also a little scared to revisit them… That’s why I generally do very little re-reading, truth be told.

Documentaries: a non-fiction book that you would recommend to everyone

Jo Cox: More in Common. It chronicles the life of the MP and humanitarian campaigner who was killed by a white supremacist, from the viewpoint of her husband. For a book focused on a political figure, it isn’t dry at all. Instead, it feels remarkably human, capturing the essence of a woman who stood with compassion and dignity for what she believed in.

Saga, the graphic novel series written by Brian K. Vaughan and illustrated by Fiona Staples is an action-packed sci-fi romp about warring factions, bounty hunters, star-crossed lovers, and all sorts of weird and wonderful creatures, but it also has a lot of heart.

New releases: A new release or soon-to-be-released book that you’re excited about

I’m excited to pick up Kirsty Logan’s new book, The Gloaming, and Louise O’Neill’s The Surface Breaks, which both just came out. As for an upcoming release, The Water Cure by Sophie Mackintosh springs to mind. I appear to be on some kind of water-based feminist kick, and that’s more than okay with me.

As a lovely bonus, they all have gorgeous covers too.

There we have it! I wasn’t tagged by anyone, so will leave this open to all who want to get involved.

17 comments on “The Netflix Book Tag”