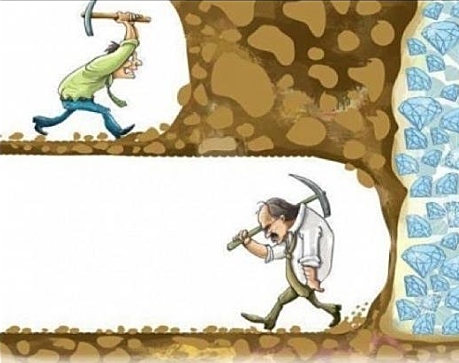 Never give up – You never know when you’ll hit success.

A while back, I wrote a post urging budding writers to take a moment to overlook the often pessimistic view of ‘making it’ and look instead on the bright side for once. As a means of encouragement, I shared a number of examples where well-known books or authors pushed past hardships and rejection to reach the dizzying heights of success. It went down pretty well, and in the interest of spreading a little more positivity, I decided to follow it up with a few more cases.

There you have it; another glimpse into the lighter side of the seemingly cut-throat world of publishing. Work hard and keep chasing your dreams; success could be right around the corner.

20 comments on “Never Give Up”